Although she is believed to be a spirit that brings good fortune, she has endured much hardship and rarely smiles.
She was finally adopted by a mother who loved her.
But she chose the wrong way to repay her mother.
Now she has a lot of time to think about the right way to live, and she has friends to help her along the way. 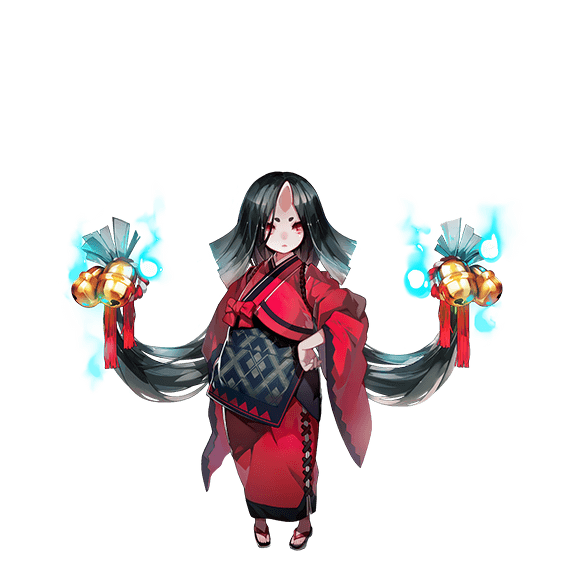 Zashiki casts soul fire to attack a single target, dealing damage equal to 100% of her attack, and has a 50% chance of gaining 1 onibi.

Upper Hand
Automatically gain 1 onibi at the start of battle.

Zashiki sacrifices 30% of her current HP to gain 2 onibi. 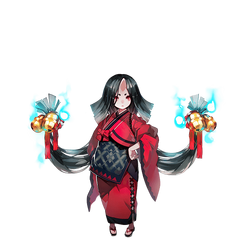 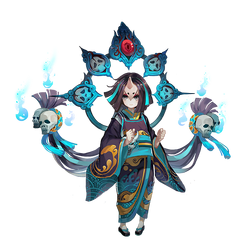 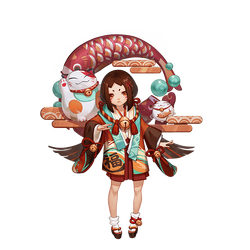 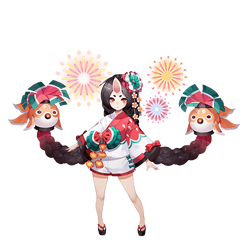 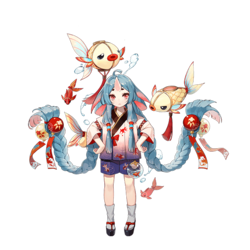 Zashiki is an indispensable Shikigami during the early part of the game as an orb supplier. She plays a crucial role in PvE and PvP battles as she provides orbs that allow other Shikigami to deploy their skills with minimum issues. In general, Zashiki has the following characteristics:

Strengths
A Shikigami with the ability to produce and supply orbs so that her teammates can launch their skills successfully to create the maximum impact.
Weaknesses
Her basic speed is slow, and she needs to reduce her own HP to supply orbs.
Recommendation
It is strongly recommended that Zashiki be promoted since an orb supplier is a must for any team to battle effectively.
Application
She is suitable for all kinds of PvE battles.
Features
When Zashiki starts the battle, the team get orbs immediately. This plus the probability that she can add orbs to the team when she leads a normal attack make Zashiki an integral part of any team.

Soul Fire
There is a 50% chance for Zashiki to get an orb when she attacks with her normal skill. As her active skill requires her to sacrifice her own HP to get orbs, when Zashiki's HP is relatively low, her normal attack is one method to get orbs at no cost.
Serendipity
When her passive skill is stacked to the maximum, she can feed three orbs to the whole team so that the team has a stable supply of orbs at the beginning of the battle. This is strategically important for any offensive team.
Trade-Off
Her active skill, Trade-off, at its maximum, will trade Zashiki's HP in return for three orbs immediately, so that her teammates have sufficient orbs to launch their skills subsequently. Zashiki plays a vital role in helping her team operate team combos with ease.

As orb suppliers are unique Shikigami, Zashiki is suitable for any team that demands a steady supply of orbs.

Zashiki relies on active turns to acquire orbs. When a control Shikigami restrains Zashiki and prevents her from using skills, Zashiki can no longer effectively supply her team with orbs.

Aoandon
Aoandon has the ability to absorb orbs. To her, a Shikigami like Zashiki who can replenish her teammates with orbs is a major hindrance that weakens the effect of her skill.

Retrieved from "https://onmyoji.fandom.com/wiki/Zashiki_Warashi?oldid=36866"
Community content is available under CC-BY-SA unless otherwise noted.