View source
watch 01:36
We're Getting Mutants in the MCU - The Loop
Do you like this video?
Play Sound

Eating the flesh of a mermaid made her immortal and forever young. Her abilities far exceed those of an ordinary wandering seer.

She has long stayed in the Phoenix Forest… Waiting for the one foretold by the dream prophecy. 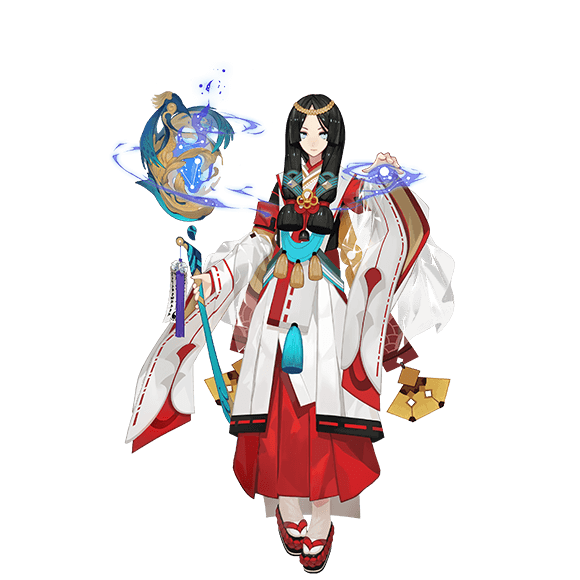 Yao Bikuni waves her staff and shoots out a bird formed from the power of starlight, dealing damage equal to 100% of her ATK.

Yao Bikuni curses the enemy and harnesses the power of starlight to Seal all enemies. She has a 25% base chance to Seal their equipped souls and passives, lasts for 2 turns.

Yao Bikuni prays to the Peacock and uses the power of her clairvoyance to increase the protective effect of all allies for 2 turns. When an ally deals Crit damage, they have a 30% chance to have their HP restored by 10%.

Yao Bikuni waves her hand, commanding starlight to shoot down from the sky and strike all enemies, dealing damage equal to 112% of her ATK. Has a 40% chance of

Yao Bikuni uses a divination sigil to protect an ally for 1 turn. After being KO'd, the protected target will be revived the next time they would take an action and has 14% of their HP restored. Cannot be stacked.

Yao Bikuni uses a divination sigil to protect an ally for 1 turn. When the protected ally takes a direct single target attack or indirect damage, 50% of the damage is reflected (damage from AOE attacks does not trigger this effect). Cannot be stacked.

Yao Bikuni uses a divination sigil to protect an ally for 1 turn. After 1 turn, the protected target's HP will be restored by 15% of their lost HP. Cannot be stacked.

When Yao Bikuni takes an action, Peacock purifies a random ally by dispelling all debuffs from them. 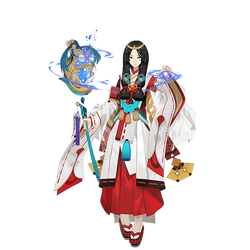 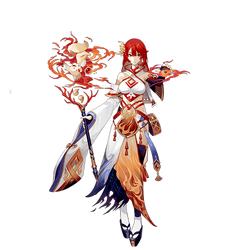 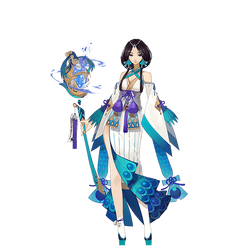 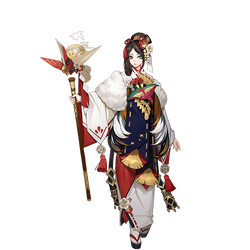 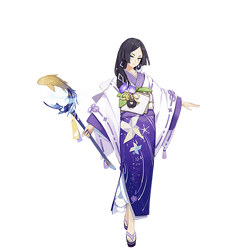 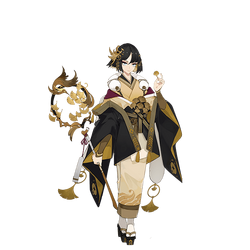 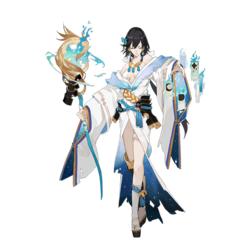 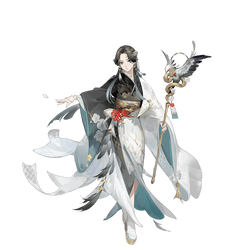 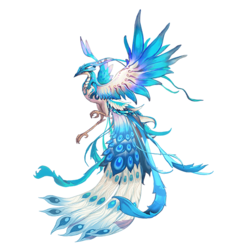 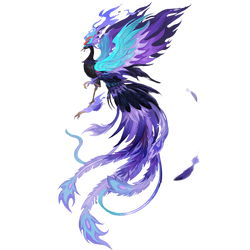 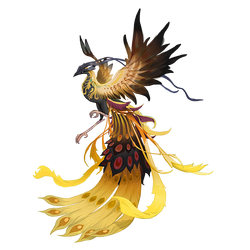 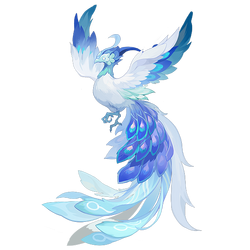 Yao Bikuni has 8 skills: Starlight Blast, Starlight Curse, Clairvoyance, Starlight Shower, and 3 types of Divination Sigil. In Starlight Blast, Yao Bikuni waves her staff to gather and concentrate the power of starlight into a missile. The skill, at its peak, will inflict damage equivalent to 140% of ATK.

Starlight Curse is when she curses the enemy and harnesses the power of starlight to seal all enemies. At its maximum, this skill has a 45% probability to disable the soul effects and passive skills of the target Shikigami for 2 turns. Skill cooldown is 2 turns. This is a very practical choice for PvP battles as it can restrain Shikigami who rely on passive skills and souls. It is immensely powerful and definitely something that Yao Bikuni should carry.

Clairvoyance is a skill where Yao Bikuni prays to the Peacock to use Clairvoyance to increase the protection on all her teammates for 2 turns. When her Clairvoyance skill is fully stacked, fellow Shikigami placed under the protection of Clairvoyance have a 40% probability to restore 40% of their HP whenever they launch a Crit. This skill has a 2-turn cooldown. For PvE, this is a very efficient way to ensure the continued survival of the main attack Shikigami, while for PvP, this helps to heal Crit-based Shikigami.

In Starlight Shower, Yao Bikuni draws a magic circle with her hand and commands starlight to shoot down from the sky to inflict damage equivalent to 132% of ATK (at skill's maximum) on all enemies. On top of that, there is a 40% probability of reducing the target's maximum HP by 20% for 2 turns. This skill also has a 2-turn cooldown. Starlight Shower can be used as an output skill to supplement output damage when the team is unable to produce sufficient damage. Reducing the maximum HP will create a massive impact on teams that rely on high HP for healing.

The Divination Sigil is marked on her target teammate to offer additional protection for 1 turn. There are 3 effects to choose from, each one a skill in its own right.

The first skill allows the protected target to revive immediately after death, and recover 14% of HP value (maximum is 20% for 2 turns) at the same time. Divination Sigil cannot be stacked and this skill has a cooldown of 2 turns.

This skill is similar to Kagura's Afterlife, except that this particular Yao Bikuni skill is a true resurrection of the Shikigami. In Afterlife, the Shikigami cannot be attacked, and is not affected by any negative effect, but thruster teammates can no longer propel this revived teammate forward, and this Shikigami has to rely on its own SPD to reach the end of the Move Bar. This is unlike the resurrection by Divination Sigil where the Shikigami is completely resurrected. There is no difference in the Shikigami after resurrection and before death.

The second skill helps the protected target to deflect 50% (maximum is 80% for 2 turns) of the damage suffered by the target during a single attack. However, area attacks will not trigger this effect. As before, this Divination Sigil skill cannot be stacked and its cooldown is 2 turns. This skill is potent when it comes to counterattack types of Shikigami. Whatever sets off the counterattack from the opponent will also trigger the effect of this skill at the same time to achieve the twin goals of damaging the enemy and protecting teammates.

The third skill allows the protected target to recover 15% of the HP value (maximum is 30% for 2 turns) lost after 1 turn. As with the other two skills, this cannot be stacked, and its cooldown is 2 turns. The pivotal impact of this skill is a HP recovery of 30% for a single unit for 2 turns. Note, however, that the 30% is based on the HP lost, and not the maximum HP. Hence, in actual battles, where there are many factors at play, this skill may not achieve the desired HP recovery outcome. But if a team lacks healing units, this skill becomes a useful healing tool.