Summon (召唤/召喚) is the lantern hanging on the house located in the Courtyard. There you can summon rare shikigami, exchange rare or exclusive items and return shikigami to the Shrine. The feature is server-side, so no problems will occur from internet issues. 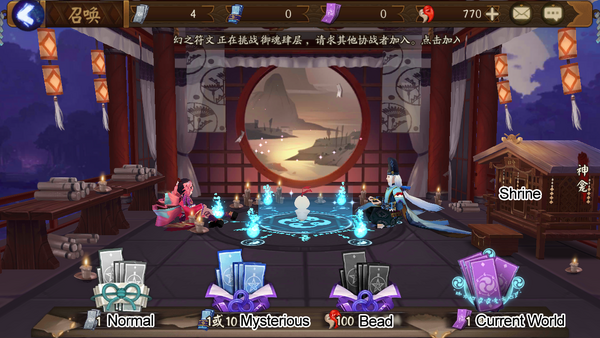 Summoning is can be with one of the following methods: Normal with 1-10

Jade and AR with 1

With the exception of normal summoning, summoned shikigami can be shared to social media, and the first time it is done weekly will give a Mystery Amulet.

Broken amulets can only summon N and R shikigami and the chance of getting them is: N at 87% and R at 13%.

Players can receive a free Mystery Amulet by drawing the mystery pattern for the month when they do a Mystery summon. The pattern refreshes monthly and can only be triggered once per month. 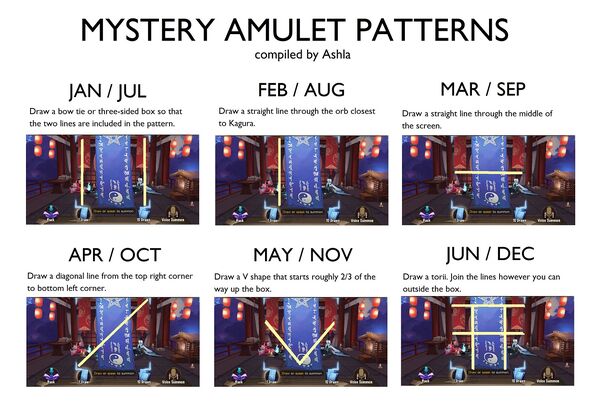 Will automatically draw 10 if you have that amount or more, otherwise will draw less.

These amulets can be obtained as a common drop is various places or be bought from the Shop.

By clicking on it, the game will ask you to draw something on the mysterious amulet. The drawing needs to be continuous, so if you take your finger off the screen it will automatically summon regardless if you completed the drawing or not. What you draw does not affect the summon in any way. It will draw 10 amulets automatically if you have that amount or more. To use only one you can click on the bottom-left option at the Mystery Amulet screen.

These amulets can be obtained as rare drops in places such as Realm Raid, by completing certain Achievements, or be bought from the Shop.

These amulets are used the same way as the Mystery Amulets, but can only draw one at a time for 100 jade.

Players are strongly discouraged from summoning with these amulets.

This summon requires permission to use your phone's camera in the game, after that you will need to an image of 1 of the 2 symbols below. The format of the image does not matter. However, if you choose to draw the symbol have in mind that you need to draw the frame as well with thick lines. The symbol will not work if it's folded in any way.

Aim your camera at the image, if the camera shows a blue summoning circle it means the symbol works. After that you only need to swipe the amulet up and it will automatically summon a shikigami. 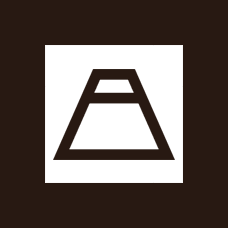 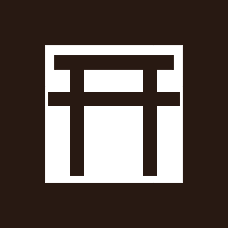 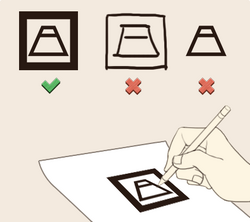 Agent Summons is accessed via the paper dolls near the Shrine.

Memory Summons is accessed via an arrow button in the bottom-left of the Shrine.

The Summon interface may change during summon events. Specifically, rules for collab SSRs, counter for uncollected SSR/SPs, progress for thd "Unlucky Onmyoji" achievement, a shortcut to memory scrolls, and so on.

The paper doll in the summon interface may also change due to summon events.

The shard drop dates for anime collab shikigami from Jade, Mystery and AR Amulets during their limited events was 25%.