She was Ri, the diva from the Isle of Sorrow, once famous near and far. Her face was stunningly beautiful, and those who heard her voice and watched her dance would forget about life completely for a few magical moments. Whenever she performed, the lights from the fishing boats were bright enough to light up the sky, as if the legendary high spirit Shiranui was present. And on a beautiful yet cruel night, when she was about to lose her life, she and that legend became one. They became the diva Shiranui. 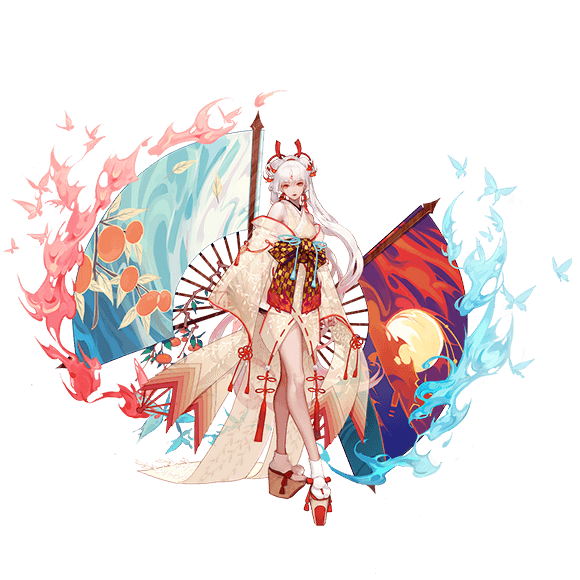 The first song of Songstress.

Dancing according to the song, use butterflies to attack a target twice. Each hit deals damage equal to 50% of Shiranui's attack.
During Sorrowful state, this skill will turn into Finale.

Dance according to the fire, use fiery butterflies to attack a target twice. Each hit deals damage equal to 62% of Shiranui's attack.

The border between humans and spirits gradually began to blur.

Unique effect.
When an ally is immobile or uses their normal attack during their turn, Shiranui has a 50% chance of dancing at the end of that turn, sacrificing 5% of her current HP to increase that ally's

resist by 50% for 1 turn.
During Sorrowful state, this skill will turn into Departing Song.

Buff, Mark: Gain 30% crit, restore 40% of lost HP at end of own or enemies' turn, and at the end of her turn 15% of her max HP is lost.
When attacking she will inflict a burn, her next attack will consume the burn and deal twice as much damage. When entering this state HP is restored to 100% and all buffs and debuffs are removed.

Look at the flames as they light up the sky. May this moment last forever.

Unique effect.
Shiranui creates a Starfire Realm, last for 2 turns. While active, it increases all allies

Shiranui sacrifices 15% HP of her current HP, uses a dance of fire against all enemies dealing damage equal to 125% of Shiranui's attack. 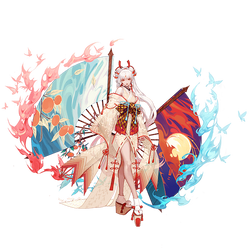 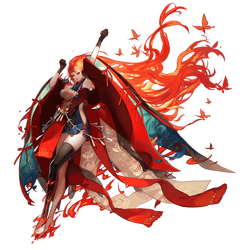 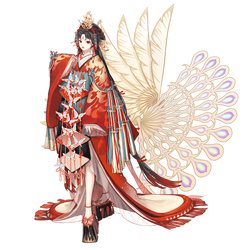 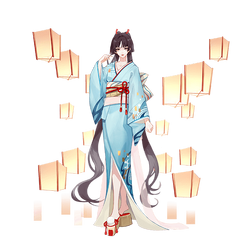 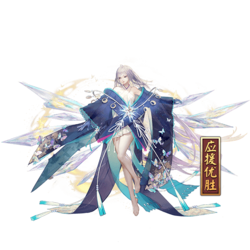 Retrieved from "https://onmyoji.fandom.com/wiki/Shiranui?oldid=36946"
Community content is available under CC-BY-SA unless otherwise noted.