She's an arrogant but beautiful merfolk princess who had been protecting her people at the end of the sea - the frozen Sea of Eternity.

The freezing ice which had sealed off the area for centuries didn't deter her. With a strong and devout heart, determined to protect her people, she became more powerful, even as she fought. In the end, with her last song, Senhime managed to awaken the forever sleeping sea.

The merfolk were now able to forge a new agreement with the sea and head towards a brighter future. 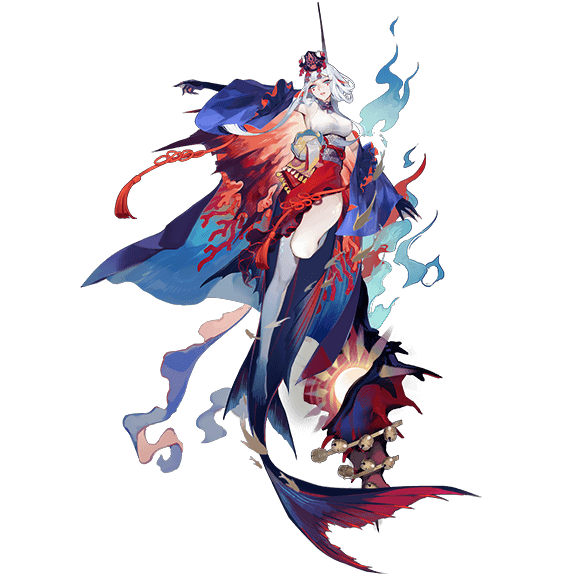 Senhime attacks a single target dealing damage equal to 172% of her attack. If Deep Sea Conch is present, also inflict the target with Tidal Dream, lasts for 1 turn. At the end of a non-summoned enemy's turn, her move bar is increased by 10%.

Debuff, Mark: Effect is consumed after taking an action and removes 3 onibi. Does not affect monsters.
Deep Freeze

Debuff, Mark: Cannot move and speed is reduced by 20.

Awakened
After usage, this skill changes to Tides of Eternity.
Tidal Voice (潮声)

damage by 15%, max 5 layers.
Deep Sea Conch (海貝の戟)
Immune to debuffs and controlling effects. Unable to move. Its HP is equal to 550% of Senhime's attack.
When an ally receives damage, recovers their HP by 30% of the damage received. There is a 50% chance of gaining 1 layer of Tidal Voice for every onibi consumed by allies.

Senhime recalls Deep Sea Conch and attacks all enemies dealing damage equal to 120% of her attack.
At the start of her turn, she gains 1 layer of 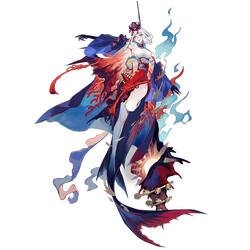 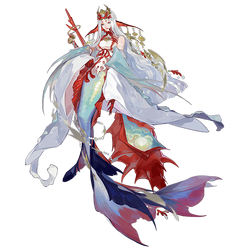 Retrieved from "https://onmyoji.fandom.com/wiki/Senhime?oldid=37099"
Community content is available under CC-BY-SA unless otherwise noted.