Grants all allies with a

shield that can absorb damage equal to 10% of the eqipper's HP at the start of battle. 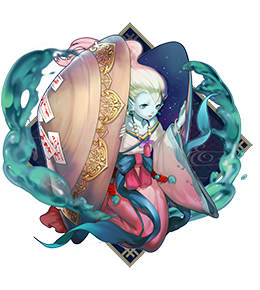 Retrieved from "https://onmyoji.fandom.com/wiki/Sea_Sprite?oldid=34339"
Community content is available under CC-BY-SA unless otherwise noted.