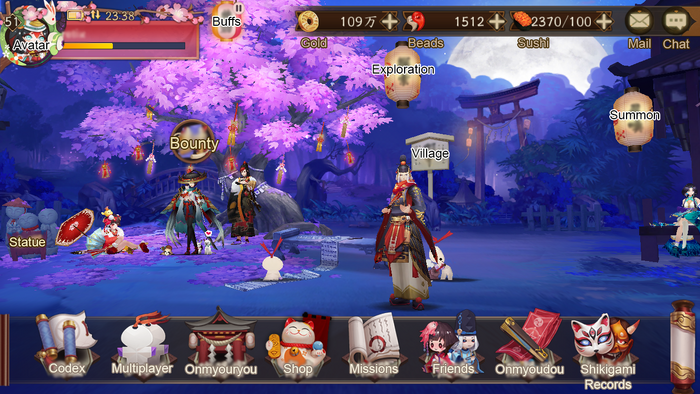 Appearance of some parts of the interface may change as a part of events.

The scroll interface can be seen in the Courtyard or Village, once a mechanism is entered into, the scroll may disappear. When the scroll is rolled up, the gold, beads, and stamina counters also collapse.

The bar on the top right shows in the Courtyard and Village, as well as in exploration, and the kekkai. Some features are shown or hidden depending on the context.