She's a spirit born in the hands of a scorpion farmer. She was living a drifter's life when Suzuka Gozen found her and brought her back to Mt. Suzuka. She sees the powerful Suzuka Gozen as her only master and often ignores the commands of the Young Master Otakemaru. She uses her hard claws to protect her master, but she can also heal her allies with a drop or two of her venom. Harmless as she may appear, she's cruel and cool-blooded. She's the secret "poison dagger" of Mt. Suzuka. 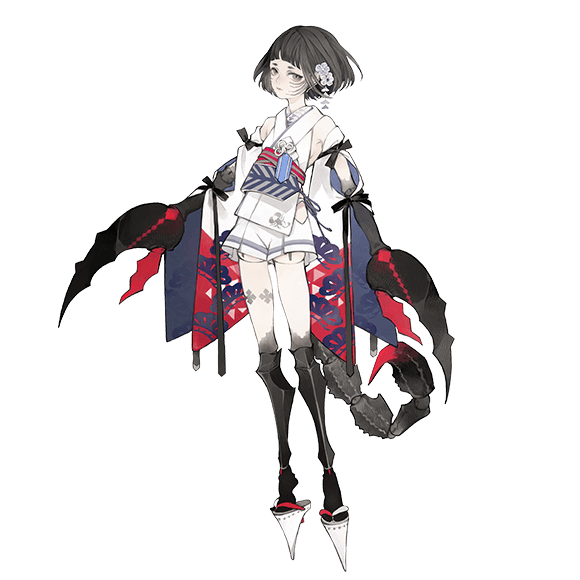 Awakened
If there's an overflow of recoved HP from exploded Scorpion Poison, the overflow will be evenly distributed to her allies.
Scorpion Venom

Debuff, Mark: Unique Effect. Each layer decreases the target's defense by 80, max 5 layers. When this poison explodes, 1 layer is gained. When the target recovers their HP by 100% of Sasori's attack, 1 layer is removed.

Debuff, Mark: Unique Effect. Each layer decreases the target's defense by 80, max 5 layers. When this poison explodes, 1 layer is gained. When Sasori Onna recovers her HP by 100% of her attack, 1 layer is removed. 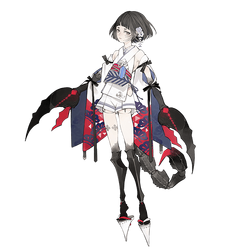 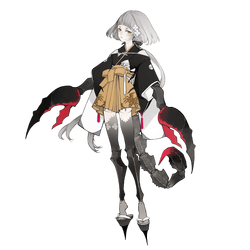 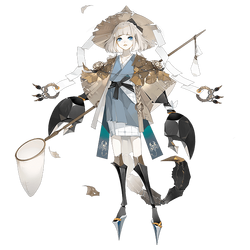 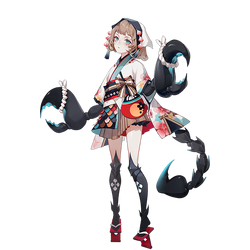 Retrieved from "https://onmyoji.fandom.com/wiki/Sasori_Onna?oldid=37052"
Community content is available under CC-BY-SA unless otherwise noted.