She is a spirit who lives in shrines. Beautiful yet untouchable, she was once known as Oitsuki. She would do whatever she could to fulfill people's wishes, earning her many devout followers. People still see her as a true goddess, their protector, but the truth is not as it seems. 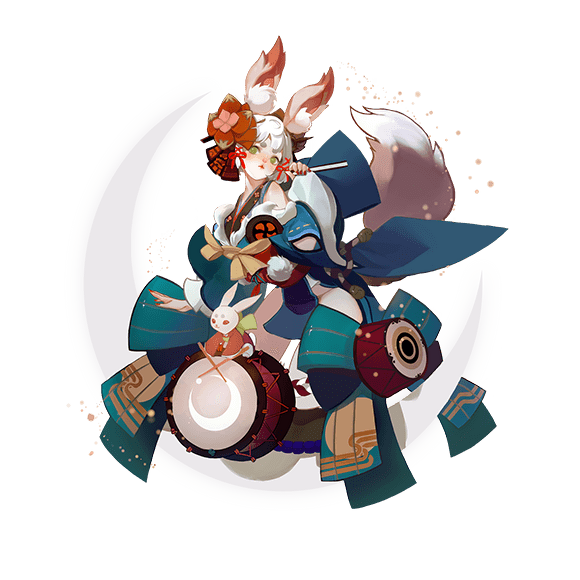 Then let me guide you.

Oitsukigami attacks a single target dealing damage equal to 100% of attack damage and increases her own move bar by 20%.

Your wish, I can fulfil.

Upper Hand
At the start of battle, the onibi bar fills up by 1 extra slot.

Be grateful for my arrival.

Oitsukigami gains Shelter at the start of battle and loses it at the start of her first turn.
Oitsukigami dances under the moonlight to cast Moon's Blessings on her allies, sustained for 1 turn. It increases the speed for all allies by 10 and at the end of their turns, the onibi bar fills up by 1 extra slot.

Buff, Mark: Speed is increased by 10. At the end of turn, the onibi bar fills up by 1 extra slot. 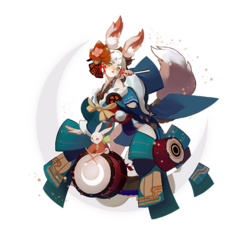 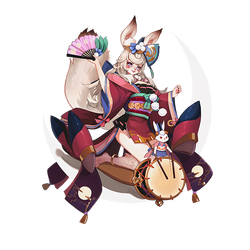 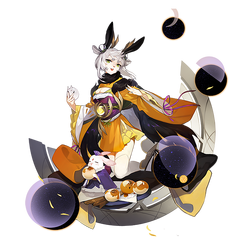 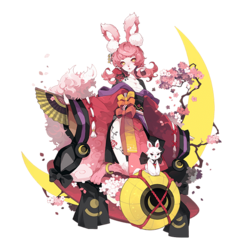 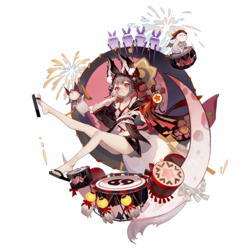 In the eyes of the humans, gods vary greatly in appearance and are truly omnipotent. Gods can grant people wisdom, fulfill their desires, ensure their survival. Gods seem to occupy a very special place in the human heart. They are holy and untouchable. I’m the goddess of the shrine. At least, that’s what the people around think.

In times of famine, people pray for food. Although I cannot magically create a gourmet meal from nothing, I can hunt wild deer and rabbits in the distant areas hundreds of miles away and bring them to famished humans. In times of drought, people pray for water. Though I cannot make rivers bend nor call rains, I can fly to the rivers thousands of miles away and fetch water to fill the wells. Each time I fulfill the people’s wishes, they kneel before me devoutly and thank me for helping them. I enjoy the feeling of being needed and the feeling of receiving gratitude, even if it does not come for free. I guess this is how it feels to be a goddess.

I have granted every wish I have heard, save for one. It was a wish from a human child. A terrified child. He prayed to me, just as his parents once had, tears still in his eyes, shivering. He wished that I would destroy all the demons and spirits in the world, simply because his mother once threatened him that naughty boys would be eaten by the demons and spirits. This was a wish I could not fulfill. But I will protect him from being eaten by demons or spirits. Now I think of it, why are demons and spirits so unwelcomed by the humans? Frankly speaking, I’m just as powerful as any god in the world!

Retrieved from "https://onmyoji.fandom.com/wiki/Oitsukigami?oldid=37033"
Community content is available under CC-BY-SA unless otherwise noted.