Far from the capital, Itsukushima was a place that had been shrouded in darkness for many years.

There, humans battles against monsters lurking in the dark, and despite their efforts, they were close to being wiped out.In desperation, Kinnara held her lute Genjo aloft, and used her music to carve a new path of hope for mankind.

In the end, she rewrote the ancient laws and became the light that shines upon Itsukushima, protecting mankind. 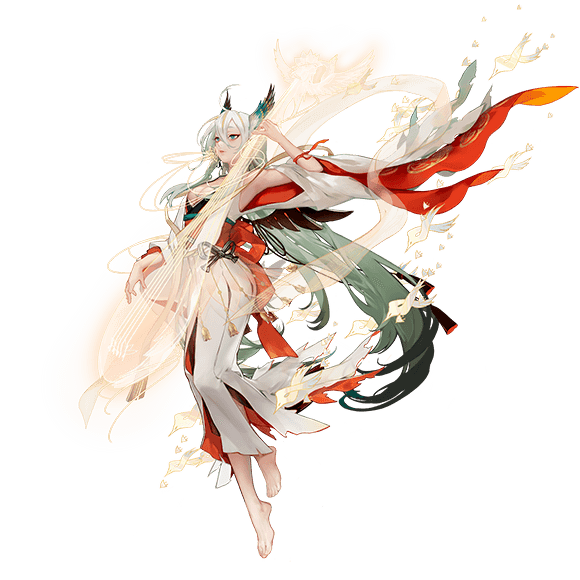 The show is about to begin.

Kinnara attacks a single target dealing damage equal to 100% of her attack.

In this endless night, I form my melodies into light.

At the start of Kinnara's turn, she gains 1 random tone and gains its effect upon usage.

Awakened
Number of tones gained at the start of Kinnara's turn is increased to 2.

Deals damage equal to 150% of Kinnara's attack to a single target and has a 100% base chance of inflicting Isolation, lasts for 2 turns.

Launches a 5-strike attack on random enemies, dealing damage equal to 90% of Kinnara's attack. Will not trigger enemies' souls.

Increases move bar by 10% and

Thank you all for playing this number with me.

Attack a single target 5 times with each hit dealing damage equal to 50% of Kinnara's attack. 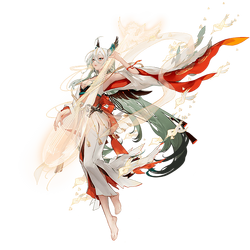 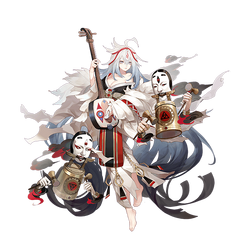 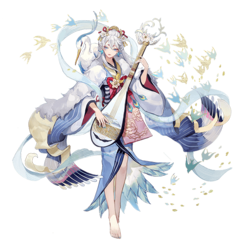 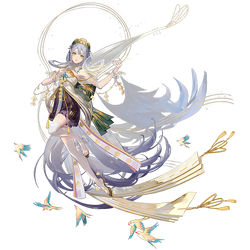 Retrieved from "https://onmyoji.fandom.com/wiki/Kinnara?oldid=36955"
Community content is available under CC-BY-SA unless otherwise noted.