A kindhearted and quiet yet mysterious girl. She has been with Seimei since she lost her memory. She has a keen intuition, strong spiritual powers, and a completely unknown past. 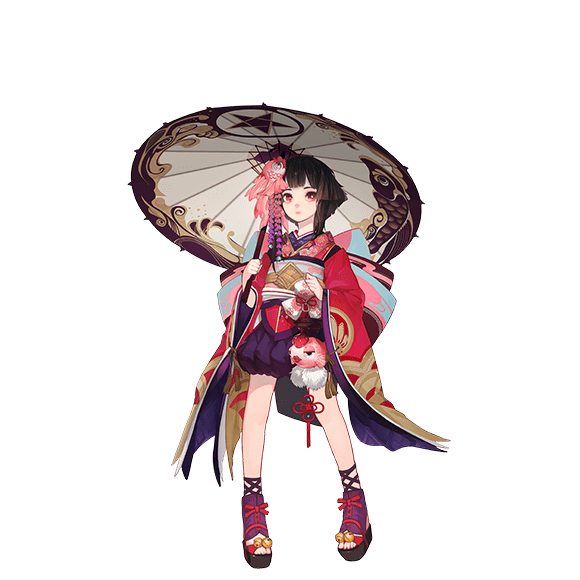 Kagura waves her umbrella to unleash spiritual power that attacks a single target, dealing damage equal to 100% of her attack.

Summons a fish spirit called Kin, last for 3 turns. Kin inherits 10% of Kagura's HP and 100% of her attack.

Channels the power of a storm into 1 ally. This immediately grants them a new turn and increases their

Summons a swarm of butterflies that surround all enemies inflicting them

Cannot move, when taking damage this effect will automatically disappear.

Summons the souls of the dead to reach out their ghostly hands and attack all enemies 3 times, each hit deals damage equal to 36% of Kagura's attack. Also has a 20% base chance to inflict a random debuff, lasts for 1 turn. Random debuffs are

Summon a magical umbrella protect all allies. Grants all allies

Summons souls of the dead to possess and protect an ally, lasts for 2 turns. If the targeted ally is KO'd while possessed, they will continue to exist as a spirit for 2 turns.

When Kagura is attacked, there is a 12% chance that she will use Hakuzosu to counter. Hakuzousu invokes Divine Fire to attack all enemies, dealing damage equal to 100% of Kagura's attack.

Reduces defense by 20% and deals damage equal to 5% of the target's HP at the end of turn. 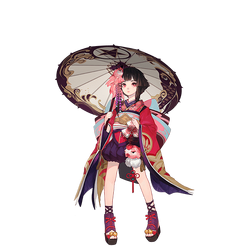 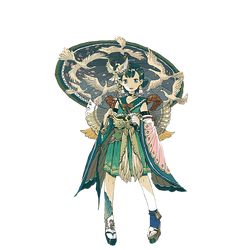 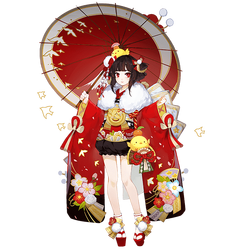 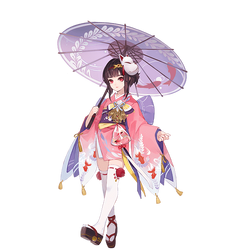 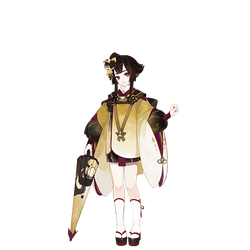 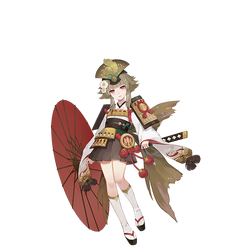 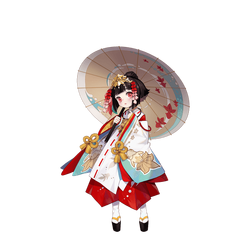 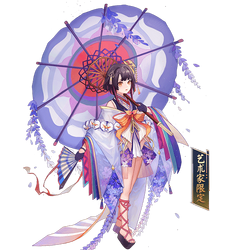 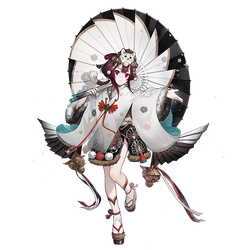 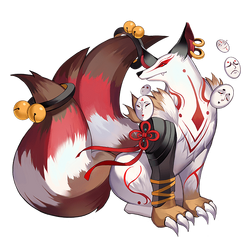 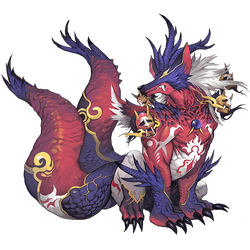 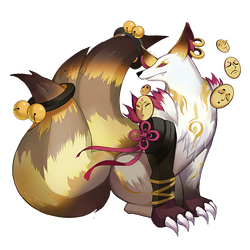 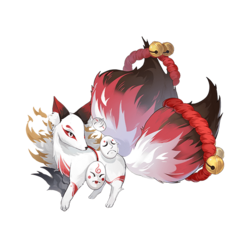 Umbrella strike is Kagura's normal attack that causes damage equivalent to 140% of ATK at maximum.

Summon: Fish is when a fish spirit, Kin, is summoned for 3 turns. At its peak, Kin inherits 30% of Kagura's HP and 120% of her ATK. Skill cooldown is 3 turns. Kin itself inherits a lower HP value, and its damage capability is just average. At the same time, Kin occupies the summon position which excludes all other summon objects.

Channel: Celerity is Kagura's crucial skill where she transfers her turn to a specific teammate so that the teammate can act immediately. The ATK quotient increases by as much as 30% when this skill is at its pinnacle. This skill has a cooldown of 2 turns. Being able to flexibly make use of her teammates is a major advantage, and has strategic significance in the PvE and PvP battles.

In Channel: Butterflies, Kagura summons a swarm of butterflies from the Underworld that rush at all enemies to decrease any healing effects on the targets by up to 50% for the next 3 turns (at skill's maximum), with a 15% probability of putting the targets into a Deep Slumber for 1 turn. This skill has a 2-turn cooldown. Once the skill is fully leveled up, the heal down impact is 50% and lasts for 3 turns, which is detrimental to teams that heavily rely on healing abilities. This skill is mainly used in PvP combat. The probability of putting an opponent into a Deep Slumber sometimes brings about an unexpected outcome.

Summon: Purgatory summons souls from the Underworld to attack the enemy team 3 times. Each attack causes damage equivalent to 66% of ATK with a 30% probability of adding a random debuff on enemies that lasts 1 turn (at skill's maximum). This skill is a group damage skill causing moderate damage. In a multi-stage attack, this can easily trigger the debuff, but a random debuff is not stable.

Summon: Umbrella can summon a magic umbrella to shield all her allies for 2 turns and reduce the damage they may suffer by 35% (at skill's maximum). This skill has a cooldown of 3 moves. This skill reduces the damage suffered and is similar to the same technique that Seimei has. The main difference is that when the skill is at its peak, the damage reduction quotient is 5% more than Seimei's and lasts one more turn than his. This is a skill made for the PvE zones, as it can effectively protect the teammates, allowing them to have a higher tolerance for error and a higher overall endurance.

Summon: Afterlife uses psychic powers to call upon the souls from the Underworld to possess and protect the target for 2 turns. When the host dies during this period, it will continue to exist for 2 turns as a wandering soul. This skill has a 2-turn cooldown. In fast-paced PvP battles, this protects the key Shikigami by allowing them to still use his/her skills to turn the tide of the battle, even when he/she is dead.

Divine Fire is a passive skill. When Kagura is attacked, there is a 12% probability that she will activate Hakuzosu to counterattack. Hakuzosu invokes the Divine Fire to attack all enemies with a damage equivalent to 120% of Kagura's ATK (at skill's maximum). The damage skill comes with a debuff. When the skill is at its peak, it can lower each enemy’s DEF by 40%, and inflict damage up to 5% of the target's HP during the time when it is activated. This skill can act as a deterrent to the opponent's AOE attack, thus helping Kagura protect her teammates and enhance their attack abilities.

For PvE battles, the recommendation is Channel: Celerity with Summon: Umbrella where Celerity adds 30% ATK and allows another Shikigami to act immediately while Umbrella can reduce damage incurred significantly.

In PvP battles, other than Channel: Celerity, Channel: Butterflies and Summon: Afterlife are very handy skills to have. When dealing with different teams, these can flexibly achieve the goals of restraining the opponent and protecting her own Shikigami.