A noble youth with royal bloodline. Excels at archery and kekkai, has an aloof and straightforward personality. 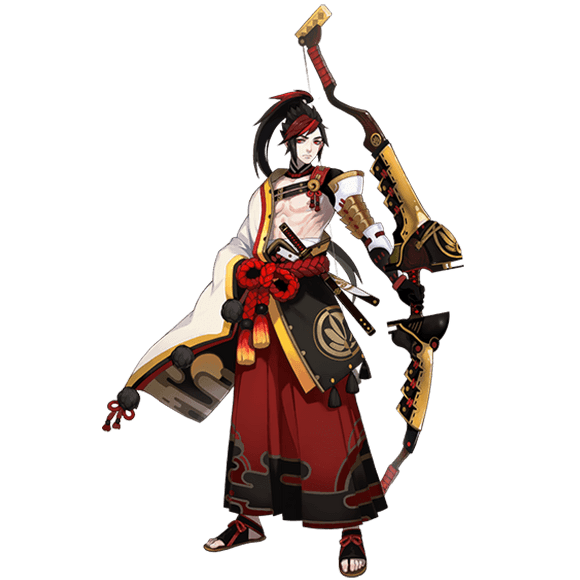 Hiromasa draws back his bowstring and releases a magical arrow to attack a single target, dealing damage equal to 100% of his attack.

Hiromasa draws back his bowstring and releases 2 magical arrows to attack 2 random enemies, dealing damage equal to 100% of his attack.

Hiromasa rapidly draws back his bowstring and releases 3 magical arrows to attack a single target, each hit deals damage equal to 80% of his attack. Damage dealt by each arrow increases by 10%.

Panther joins the battle and uses its spiritual powers to increase

crit damage for all allies by 15%, lasts for 2 turns. When an ally with this buff attacks, there is a 20% chance that Pather will cast Occult: Pursuit on a random enemy.

Creates a shadow clone that lasts for 2 turns and cannot be attacked. Each time an ally takes an action, the shadow double will use Celestial Arrow to attack a random enemy dealing damage equal to 30% of Hiromasa's attack.

Upper Hand
Automatically use use this skill at the start of battle.

Panther will pounce on 1 random enemy dealing damage equal to 100% of Hiromasa's attack.

When Hiromasa is KO'd, Panther will roar with grief and increase the

When Hiromasa deals damage with Celestial Arrow, there is a 30% chance that Panther will join the attack and deal damage equal to 100% of Hiromasa's attack. 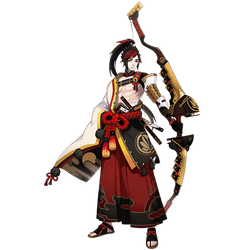 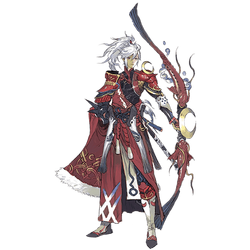 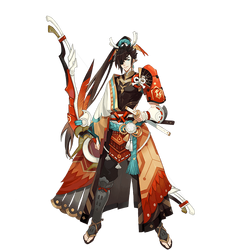 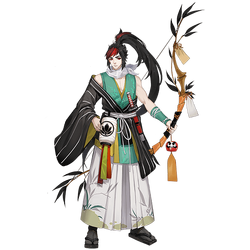 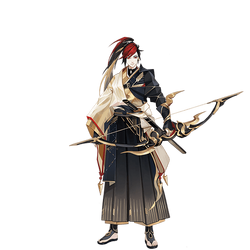 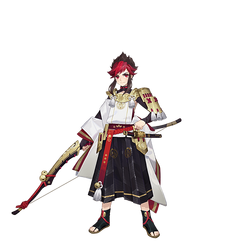 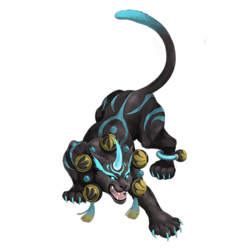 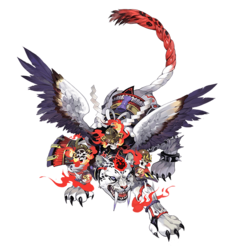 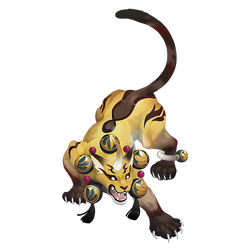 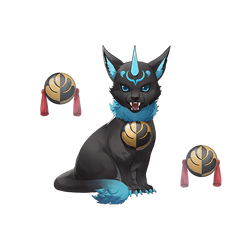 Celestial Arrow is a normal attack that causes damage equivalent to 140% of ATK when the skill is at its peak.

Double Arrows can fire 3 arrows all at once, and cause damage equivalent to 130% of ATK on any 2 enemies randomly (at skill's maximum). The skill has a cooldown of 1 turn. When Hiromasa is at a higher level, this skill can be used for AOE output.

Rapid Arrows can shoot 3 arrows continuously at the enemy. Each arrow can cause damage equivalent to 100% of ATK (at skill's maximum) and the damage for each successive arrow increases by 10%. This is a powerful single attack damage skill that can create spectacular damage once the Onmyoji has reached a very high level. The performance in both PvE and PvP battles is incredible.

Occult: Panther Eyes will increase the Crit DMG quotient for everybody on the team by 30% (at skill's maximum) for 3 turns. When a teammate attacks with this buff, there is a 50% probability that Panther will follow suit to immediately launch Occult: Pursuit on the enemy. This skill is Hiromasa's only supporting skill. Crit DMG bonus effects on a Shikigami who can unleash a high Crit will definitely lift the Crit damage impact considerably.

Occult: Panther Maul is a passive skill. When the battle starts, Panther will randomly pounce on one enemy to cause damage equivalent to 100% of Hiromasa's ATK. This is equivalent to a normal attack with an absolute upper hand, and it can set off the co-op Shikigami to assist in the battle effort as well.

Grief Roar is another passive skill that is activated when Hiromasa perishes in battle. Panther roars with grief and increases the ATK and SPD of all friendly units by 80% and 40 points respectively (at skill's maximum). This effect lasts for 2 turns. Although this skill can boost the attack speed immensely, the Onmyoji himself has very high defense and HP, so the chances of this skill being activated are quite low.

Occult: Pursuit is another passive skill. When Hiromasa uses Celestial Arrow to cause damage, there is a 30% probability that Panther will join the battle to cause further damage equivalent to 100% of Hiromasa's ATK. This skill can be triggered by the shadow double, and it can set off Shikigami with the co-op skill to assist with the attacks.

In zone battles where the levels are not too high and where a key output Shikigami may be missing, it will be better for Hiromasa to carry Double Arrows and Rapid Arrows to support his role as the main output generator. Occult: Panther Eyes plus Rapid Arrows will be a better choice if there is a key output Shikigami in the zone battles. The main focus here is to support a Shikigami with high group Crit. After opening with a buff to clear the enemies, Hiromasa can use Rapid Arrows to attack the local Boss and increase the speed of the key Shikigami.

In PvP battles, it is recommended that Hiromasa carry a combination of Rapid Arrows plus Occult: Shadow Clone to effectively enhance the damage output in a team with a moderate damage quotient.

Community content is available under CC-BY-SA unless otherwise noted.